So two things have happened in the last few days. 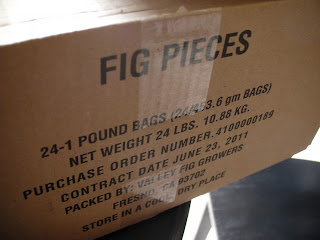 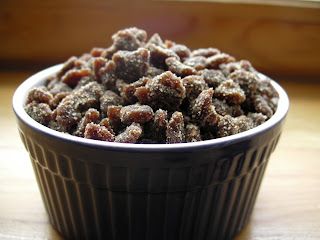 I've been asked to "do something" with the bags of figs that our county food bank was given... and by "bags of figs"... I mean ONE THOUSAND, one pound bags of the dried little suckers. That's a lot of figs... for those of you who are quick with your math. A lot.

And you know, it's common knowledge that every food-scarce person and their family, craves figs.  Duh. 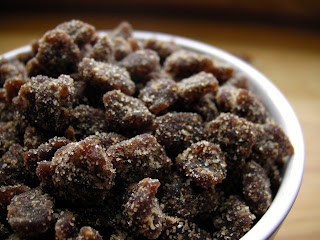 There's enough raisin-hate in the world... I can image Cousin to the Raisin, the Dried Fig, knows it's fair share of bad jokes and witty limericks.  Let's face it... the FIG is a pretty ambiguous fruit for your average mid-westerner. Is it a raisin?  Is it a date?  It doesn't look like Brad Pitt.

Oh.  But wait... there's a handy Nutritional Information sheet included.  Using a font, that makes it look like our wedding invitation from ten years ago.  Apparently, if you make it pretty enough... no one will wonder why... as a family that struggles to put bread and milk on their table... they were given a very usable and wildly versatile bag of figs. 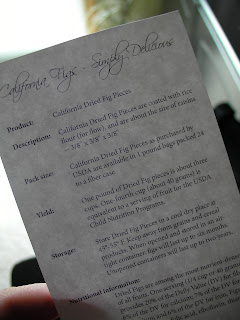 Anyway, if anyone's got any really good ideas for using large amounts of dried figs... I'd love to hear them.

It needs to be a recipe using basic "food pantry" ingredients, with the recognition that some of the folks coming to the pantry don't have electricity for oven use, may not have running water, or access to things like milk and eggs.  I'm considering a carrot and fig salad, maybe a no-bake cookie of some sort..........  Ideas?  Anyone?
Posted by Tricia at 2:06 PM 2 comments:
Email ThisBlogThis!Share to TwitterShare to FacebookShare to Pinterest
Labels: Figs, Other Stuff
Newer Posts Older Posts Home
Subscribe to: Posts (Atom)