The Famous: Depp vs. Thirdstory(ies)

So several years ago... when Pirates of the Caribbean wasn't an overworked, money making franchise, and simply one single, awesome movie... Brett and I and a whole gaggle of youth from the church we served, went to a red carpet event for the flick.  We hadn't actually intended to be at the red carpet... we really just wanted to go to Disney Land...but sometimes, Brett's incessant need to be as UNinformed as possible, has a few benefits.  Like showing up to meet Mickey Mouse, and instead, meeting Johnny Depp.  Yep.  You read that correctly.  I met Johnny Depp. 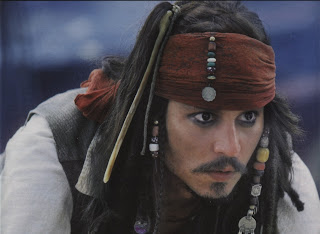 Other "stars" were there too... Danny Bonaduce, Teri Hatcher, Rachel Hunter, Jane Seymour, Lea Thompson, John Stamos... Brett's favorite, Kenny G... and the man who's inspired a thousand memes... David Hasselhoff.  And of course, Keira Knightly is just as beautiful in person as she is in movies.  Orlando Bloom is pretty beautiful too.

But the clouds parted when Johnny came toward us and stopped, not even two steps from where we stood.   Quivering with excitement behind the burlap rope meant to separate the famous and the not famous, while holding my husbands hand, I jumped up and down, and yelled as loud as humanly possible, "Oh my gosh Johnny!!  I love you!  I love you so much!!" 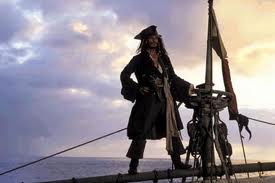 Then I composed myself, gracefully readjusted my Mickey Mouse ears, and gave a little shout out to God for the husband who loves me...despite me.

And today... I'd like to share a similar sentiment about a friend... who's walking her own little red carpet as we speak: she has been nominated for a Homie.  A what?  Yeah.  A Homie (via Apartment Therapy).

I know.  It's overwhelming for her as well.

Maybe not Johnny Depp overwhelming... but we can't all have that sultry, bad boy look that makes a gal swoon.

But I'd like to see her win.  Mainly for the big bucks she'll make.  Fifty big ones in the ol' pocket.  But also because sometimes you write and you write... and really, you write for yourself... but I don't know of a single person, who doesn't like to know that what they've written, has mattered (yes... that would be the preacher in me, talking).  So let her know that it's mattered.  That the hours in front of the computer, the countless photos that have been taken and uploaded, the rewrites and the spell checks, the heartfelt words... that they all mattered.  Or at the very least, made you smile or think or gave you an idea....

You can vote for her blog here or here, after checking it out of course, here.